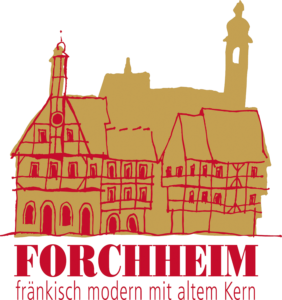 The cityscape of Forchheim has been shaped by the brewing industry for centuries.

In order to keep beer cool, the quarry in the Kellerwald was officially released in 1691 for the construction of beer cellars by the city of Forchheim. Year after year, more galleries were built, so that in 1850 there were over 50 cellar rights.

On the slopes of Forchheim, as on Weingartsteig, every brewer has grown his own hops. In 1868, around 16,000 hundredweight hops were recorded in the Forchheim district office.

In 1852 Forchheim was able to count 33 taverns. Most brewers at that time produced their beer in one of the communal breweries.

The Forchheimer beer enjoyed a very good reputation at the end of the 18th century. Thus, in a paper by EW Martius: “Your good bread and beer has received from strangers such an estimate that you bring both into neighboring foreign countries and seduced.”

Today there are four family-run breweries Neder, Hebendanz, Eichhorn and Greif in Forchheim, which brew around 40 types of beer and 23 beer cellars in the Kellerwald.